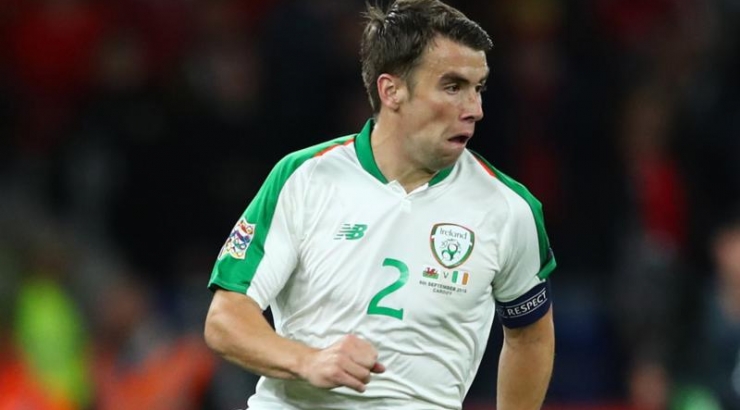 Captain Seamus Coleman and winger Robbie Brady are back in the Republic of Ireland squad for the friendly against Northern Ireland and Nations League clash with Denmark.

West Ham's Declan Rice is not included in the 36-man provisional squad amid claims he is ready to opt for England.

The Republic play Northern Ireland in a home friendly on 15 November.

Manager Martin O'Neill's men then travel to play Denmark on 19 November in their fourth Nations League outing, having lost two and drawn one of their opening games in the competition.

Aston Villa midfielder Glenn Whelan will captain the side against Northern Ireland at the Aviva Stadium for what will be his 85th senior appearance, but will not be part of the squad for the Denmark game.

Burnley's Stephen Ward is ruled out with a knee injury while clubmate Jonathan Walters, currently on loan at Ipswich, is unavailable because of an Achilles problem.

Coleman and Brady missed October's Nations League draw with Denmark and defeat by Wales through injury.

Kelleher (Liverpool) previously trained with the squad in Wales following the first Nations League game in Cardiff, while Dunne (Hearts) and Manning (Rotherham United) were recently involved in Noel King's Under-21 squad.

Obafemi is an Under-19 international who has made two Premier League appearances for Southampton so far this season.