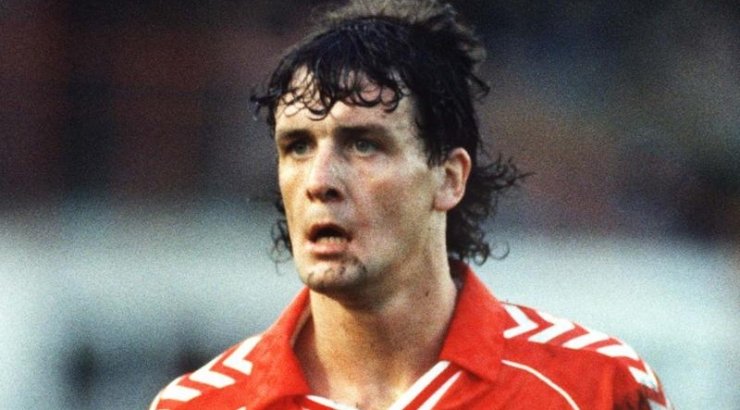 Midfielder Matt Smith faces the prospect of playing three games in five days after being called up by Wales - but that's nothing compared to Southampton manager Mark Hughes.

On 11 November 1987 Hughes played matches for Wales AND Bayern Munich in two countries on the same day.

So Smith being asked to play for FC Twente between Wales internationals against Denmark on 16 November and Albania on 20 November doesn't seem quite so unreasonable - relatively speaking.

It may seem tough going for a player but is simple compared to the adventure of legendary Wales striker and current Saints boss Hughes.

It included a crucial European Championship qualifier against Czechoslovakia, a private jet flight across Europe, a dash in a Lada car and a German Cup second-round replay against Borussia Monchengladbach.

Hughes and Wales were hoping to qualify for the 1988 European Championship finals.

They lost 1-0 in Denmark the previous month - their first defeat of the campaign - and needed to win in Czechoslovakia to secure qualification for the following summer's finals in West Germany.

They faced a talented Czech side managed by the great Josef Masopust and which featured the likes of Ivo Knoflicek, a young Tomas Skuhravy and future West Ham United goalkeeper Ludek Miklosko.

In the era before international breaks, the Football League would only sanction games to be postponed that involved England internationals, meaning the Wales boss spent an anxious weekend awaiting news of any injuries.

Club versus country issues were all too common for Wales' beleaguered manager but one which was avoided in order for then 24-year-old Hughes to satisfy both parties.

Hughes joined Bayern Munich early in November 1987 on a season-long loan from Barcelona, and the German giants' cup game at their Olympiastadion home was kicking off a few hours after Wales' game in Prague on Wednesday, 11 November.

Hughes recalled in a 1989 BSports Wales interview that the idea of playing in the two games was hatched by Bayern's colourful general manager Uli Hoeness, a World Cup winner with West Germany in 1974.

"He knew I was playing for Wales on the Wednesday night, the same night as this big cup game," Hughes said.

"In passing he said 'what time is the game?' And I said, 'I think it's about half past three, four o'clock.'

"From that moment on he was making phone calls and came back into the room and said, 'I think you may be able to play for us the same night.'

"I thought he was just kidding but obviously he wasn't, so he organised everything."

Hughes linked up with his national side and played the full 90 minutes in Prague.

Despite dominating the game, Wales were out of luck at the Letna Stadium and were undone by goals by Knoflieck and Michal Bilek.

Wales' hopes of qualifying were over yet again and Hughes, still in full kit, was driven to a private jet that flew him to Germany.

"There was a Lada to whisk us off after the match," Hughes added. "I had to get changed into my kit on the plane."

Hughes arrived at the Olympiastadion and came on as a substitute early in the second half, with the home side trailing 1-0.

"It seemed to buck up the team and bucked up the crowd and it was good for me personally to warm myself to the crowd," said Hughes, who had only made his Bayern debut the previous Saturday.

"It was a masterstroke from Mr Hoeness."

Bayern came back to beat Borussia 3-2 in extra time to advance in the competition.

So one Welshman at least ended 11 November 1987 on the winning side.