Home News Premium Sports Betting Recomemndations Contact
Which Premier League club has gone 55 games without an English goalscorer?View more
Mourinho will be happy than Man Utd not lose against Arsenal 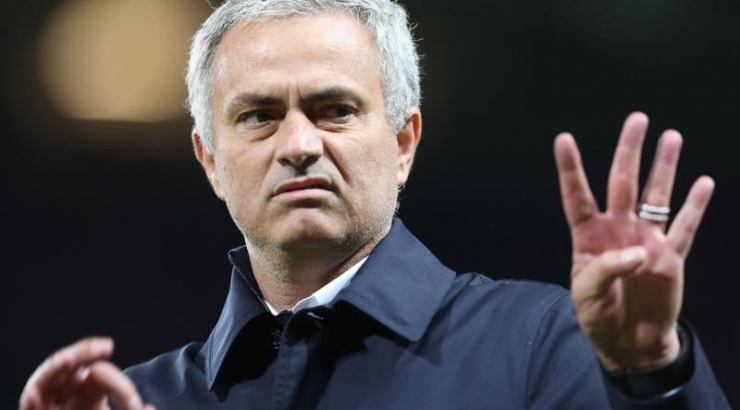 There is absolutely nothing wrong with a manager criticising his players privately, but Manchester United boss Jose Mourinho should be careful next time he throws someone under a bus in public.

I am surprised Mourinho has already done it so much, so soon, after taking charge in the summer. Whatever the outcome of Saturday's game against Arsenal, he should think very carefully about doing it again.

Make no mistake, he is only doing it because he is frustrated, and to try to get a reaction from his squad, but Mourinho could end up doing more harm than good.

He might want to change the culture at the club but he is running the risk of losing the dressing room and once that damage is done, it is almost impossible to repair your relationship with your players.

Mourinho will know that already. It happened to him at Chelsea last season, when a team that had just finished as runaway champions basically stopped playing for him.

Playing through the pain barrier

One of the issues Mourinho has had to deal with at United this season has been Wayne Rooney - and he has actually done it pretty well. The upshot is that it is clear United's captain no longer plays every week.

Mourinho has been very diplomatic about that situation in front of the media, and one of the reasons for that is Rooney is very powerful inside the United dressing room.

It seems to me that Mourinho has decided who to pick on, and who to dig out, so there is definitely a strategy there - but I just don't think it is working for him.

He publicly questioned Luke Shaw and Chris Smalling's willingness to play through the pain barrier against Swansea when there was really no need to talk about it at all.

As a player, if one of my managers had done that, then I would have gone to see him straight away and said, 'I am injured - how dare you criticise me like that?' I wonder if Shaw and Smalling did that?

Mourinho clearly felt they were fit and did not want to take a risk, but it has to be the player's prerogative whether they are able to play.

If you are then going to scrutinise their decision, then you also have to take into account that every player's circumstances and character are different.

Show some understanding of Shaw situation

I was never hung out to dry like Shaw and Smalling during my playing days. In fact, it often went the other way - my managers would give me a bit of credit for playing with an injury.

In my 16-year professional career, I never once said I was not available because of a knock. It would have taken a broken leg to stop me playing. I honestly don't remember asking for treatment during games either.

I played in more than 500 matches for eight clubs and won 51 Wales caps, and my mantra was I would just play. You play for your manager, the fans, your team-mates - and yourself.

If I had a swollen ankle or something like that then I would either run it off, put Deep Heat on it, or rely on adrenaline to get me through.

I once played almost an entire season for Celtic with a ridiculously bad back, but I would still get through matches. I remember getting into the dressing room after one game where I had played well and scored and I could not bend down to take my boots off because my back was so sore.

Eventually my disc burst and there was no way I could play on. That's what kept me out of the 2003 Uefa Cup final, which was against Mourinho's Porto side.

I prided myself on my physicality, my heart and my guts, but you cannot expect Shaw to have the same mentality as that now when he has only just come back from breaking his right leg in two places last year.

He has had to work hard to come back from such a serious injury, which will have taken a lot out of him physically and mentally, so there has to be some understanding if he is not quite up to speed.

'It can feel like you are being picked on'

The Swansea game was not the first time Mourinho has singled Shaw out, either.

After United's defeat by Watford he blamed the England left-back for not closing down Juan Zuniga before he scored the Hornets' second goal.

That is the sort of thing that players call each other out for in the dressing room every week, but the difference here again is that Mourinho dug him out in public.

In itself, that is no bad thing. Everton manager Ronald Koeman did something similar with Ross Barkley earlier this season, again because he was looking for a reaction.

But, publicly or privately, it is possible to criticise someone too many times and if you are the player in question it can feel like you are being picked on.

I experienced that when I was a young player at Arsenal under Bruce Rioch, who was the only club manager that I never properly got on with.

You don't have to get on with your boss, of course, but there has to be some mutual respect there and I lost all respect for Rioch with the way he treated me.

Just about the only instruction I got from him was that I had to be weighed twice a week and it felt like he was digging me out personally. I had just turned 20 at the time and I did not know how to deal with it.

I was a very boisterous character back then and I would have reacted very differently if it had happened later in my career.

My advice to Shaw? Don't do what I did

Managers deal with unhappy players every day and I had cross words with everyone I played under, not just Rioch.

The press refer to them as bust-ups when they get into the public domain, but for the people concerned it is often just a heated exchange that actually improves their relationship.

It is best to keep them private, in my opinion, but I did not always do that myself. Part of the way I reacted to my treatment by Rioch was by doing a newspaper interview that I regret to this day.

I would stand by what I said about his man-management and communication because it was the way I was feeling at the time - but complaining to the press and making headlines was definitely not the right way to do it, or improve my situation at Arsenal.

Since I retired and started working in the media myself, I have seen players in the same scenarios I found myself in years ago.

I have been there and made those mistakes, which is why I can talk about them now.