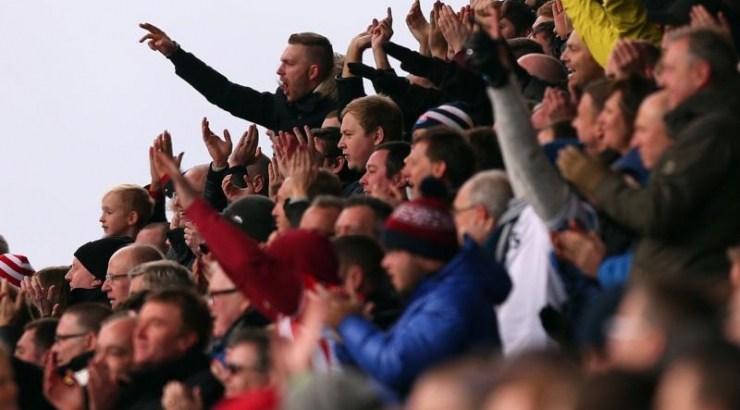 BSports takes a look at the quirkiest, oddest and most downright brilliant stats from the weekend.

Is Kante the Premier League's most important player?

If your name is N'Golo Kante, there is a good chance you have "win a game of football" pencilled into your diary at regular intervals.

It's not been a bad first 18 months in the Premier League for Kante - a championship title with Leicester City, a £30m move to Chelsea and now top of the table at Christmas.

The all-action Frenchman also has another feather for his cap - he has the best winning ratio of any current Premier League player with more than 50 appearances to his name.

The next closest is Arsenal's Nacho Monreal with 64.6% and then Manchester City's Yaya Toure and Arsenal's Petr Cech with 64.5%.

Kante has been receiving rave reviews for his central midfield performances, and his win rate would suggest he is one of the league's most important players.

The 25-year-old was "100%" the best player in the league last season, according to former Leicester and Chelsea goalkeeper Mark Schwarzer.

"Kante is an incredible player. His engine is unbelievable. He was top of everything stats-wise last season and does the job of two players," he told BSports Radio 5 live on Friday.

"Kante is not a player to score goals but he will win games for you and do more for you than some of the superstar forwards."

So, if Kante is the Premier League's current lucky charm, who is top of the all-time list for winning percentages?

Kante appears at a respectable ninth on the list, behind some more left-field names such as former Chelsea full-back Paulo Ferreira (72.3%) and ex-Manchester City midfielder Javi Garcia (69.8%).

And if you search a bit further down, you will find the former Manchester United pair of Anderson (15th) and Quinton Fortune (16th) sneaking in.

Who needs an Englishman? Not Stoke

Saturday's 2-2 draw with Leicester was their 55th Premier League game since an English player scored for them - pulling level with Newcastle's run.

Peter Crouch's 86th-minute goal in a 6-1 thumping of Liverpool on 24 May 2015 was the last time an Englishman found the net for the Potters in the league.

Newcastle's 55-game run ended when Steven Taylor scored for them in a 3-0 win over Cardiff in May 2014.

But the record for the longest English goal drought belongs to Arsenal, standing at 97 games until Theo Walcott's brace in a 2-2 draw with Birmingham in February 2008.

The only English outfield players in Stoke's starting XI at the weekend were Ryan Shawcross and Glen Johnson - the last time one of them scored was January 2015 (Shawcross).

Chelsea love being top at Christmas

Like an angel sitting pretty at the top of a Christmas tree, Chelsea will be at the summit of the league on Christmas Day.

But the team top on Christmas Day has only gone on to win the championship 50% of the time in Premier League history - 12 out of 24.

The biggest capitulation for a Christmas leader was from Aston Villa in 1998-99, when they dropped from first to sixth.

Liverpool have the most failures at trying to convert a top spot at Christmas into a title, with three.

At the other end of the table, there is bad news for Hull City fans.

Having not been bottom all season, they finally dropped into that position on Saturday with a defeat at West Ham.

The side bottom of the Premier League on Christmas Day have gone on to be relegated in 21 of 24 seasons [87.5% of the time].

Vinnie Jones shows Vardy how it is done

Jamie Vardy's sending off for his tackle on Mame Diouf in Leicester's draw with Stoke on Saturday might have been contentious, but one thing is not debatable - he is only one of two men to receive two Premier League red cards in 2016.

The other is Victor Wanyama, who was dismissed in January and February, before leaving Southampton for Tottenham.

Only four players have ever received three red cards in a calendar year:

An honourable mention must be given to Arsenal's Granit Xhaka, who was sent off three times for Borussia Monchengladbach in the Bundesliga last year.

How good was 10-man Leicester's comeback?

Vardy's sending off looked to have scuppered Leicester's chances of taking anything from Stoke, as Claudio Ranieri's men quickly found themselves 2-0 down.

But, against the odds, the 10 men of the Foxes scored two late goals to snatch an unlikely point.

It was only the sixth time in Premier League history that a team has managed to pull back a two-goal deficit while playing with a one-man disadvantage.

The most recent was in August 2010, when Bolton were 2-0 down against Birmingham with Jussi Jaaskelainen sent off. But a Kevin Davies penalty and Robbie Blake goal rescued a point.

But the most impressive came in April 2003, when Arsenal, with Abou Diaby sent off, overturned Bolton's 2-0 lead to win 3-2 through William Gallas, Robin van Persie and a Jlloyd Samuel own goal.

Can Chelsea go on a record-breaking run?

It is 11 Premier League wins on the bounce now for Antonio Conte's Chelsea, but how many more victories do they need to break the record?

Arsenal have the longest run of consecutive wins in one top-flight season - 13 in their 2001-02 title-winning campaign.

And then there are six separate times, including Chelsea's current run, when a club has gone on an 11-game winning streak in one season.

So, wins for Chelsea at home to Bournemouth and Stoke City and then away at Tottenham on 4 January would give them the longest run of victories in any season.

It adds a bit more spice to that London derby.

Have a glance at the list of longest runs below - you will notice Liverpool had a 10-game and then a nine-game winning streak in 2005-06 but they still only finished third.