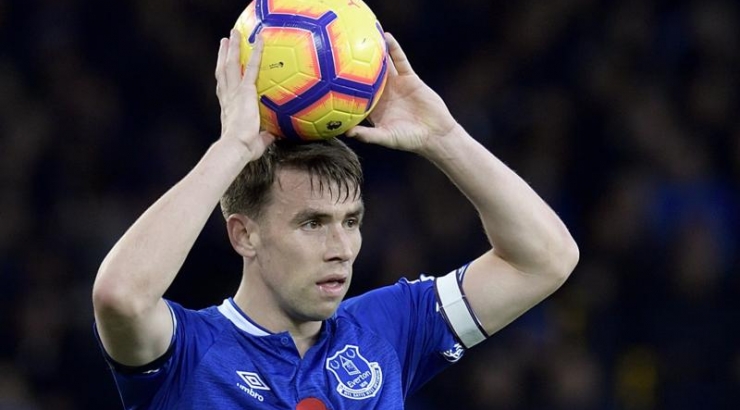 Everton defender Seamus Coleman worried fans would question him for making a donation to help an injured fan of city rivals Liverpool.

The Ireland international gave 5,000 euros (£4,300) to an online fund for Sean Cox and said he considered making it anonymously.

But he decided to put his name to the donation to help raise publicity.

"You think 'Do you put your name towards it or not?'" Coleman said.

The full-back, 30, said he had decided to follow the lead of Liverpool manager Jurgen Klopp in putting his name to the donation.

"I wanted to put my name to it because sometimes that raises more publicity. That's what the Liverpool manager did."

Cox, a 53-year-old Irishman, was attacked by Roma supporters before the Champions League semi-final at Anfield in April. He has been in hospital since then and is still recovering.

Coleman said it was important to put team rivalries aside.

"We have to be together. I think football is great for sticking together," he said.

"I've had people in the streets, Liverpool fans, stop me and say 'thanks very much'."